Taxidermy is a process where an animal’s body i perserved through mounting over an armature or stuffing. In traditional taxidermy, the animal is preserved in a lifelike state.

The word taxidermy is derived from the Geek words taxis (which means arrangement) and derma (which means skin).

The golden era of taxidermy 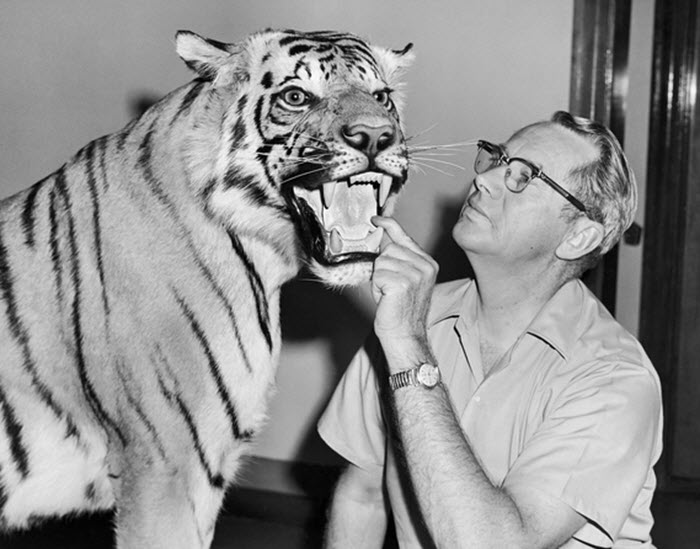 The Victorian era is generally considered the golden age of taxidermy, as this was a period when taxidermy mounts were an immensely popular inclusion in interior design.

The Victorian era was also the stage for a boom in anthropomorphic taxidermy, where mounted animals were dressed in human clothes and staged to carry out human activities. One early example of a fairly large display in this genre is the one shown by Herman Ploucquet at the 1851 Great Exhibition in Hyde Park.

The English taxidermist Walter Potter (1835-1918) became one of the most well-known creators of anthropomorphic taxidermy, making scenes such as “The Death and Burial of Cock Robin” and “The Kitten’s Tea Party”. Prime examples of Victorian whimsy are the little school scene where 48 stuffed rabbits are seemingly writing on tiny slates and the scene where a rat’s den is raided by police rats.

William Hart and his son Edward are two other examples of golden era taxidermists that catered to the Victorian desire for anthropomorphic taxidermy. They specialized in dioramas featuring boxing squirrels, and some of these works of art have survived into our time. One such survivor is a set consisting of four dioramas, where each diorama within the set portrays a different stage of the same boxing match.

During the early part of the 20th century, taxidermy was very popular in various parts of the world, including Europe and North America. Many hobbyists learned the art via mail-order lessons, using animals available in their own region. For a while, nearly every small town in the United States was home to a least a few hobby taxidermists, and stuffed specimens were proudly displayed in homes and businesses.

Taxidermy in the 21st century

After a steep decline in popularity in the 1900s, there has been a bit of a resurgence for taxidermy in the 21st century, especially for modern versions such as “rouge taxidermy”. We have also seen a growing interest in “faux taxidermy”, where artificial animals – especially heads – are mounted in a way that resembles that traditional mounting of hunting trophies. They are often made in a quirky and playful manner, e.g. created to resemble a plush toy rather than a real animal, or painted in incongruous colors and patterns. Faux taxidermy also includes the creation of fantastic beast mounts, such as unicorns and dragons. 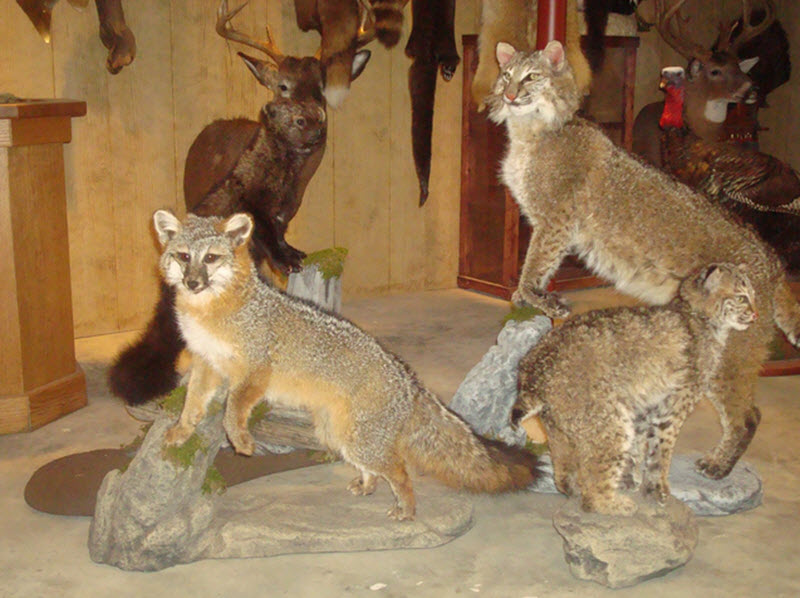 The Stone Fox is a stuffed fox that rose to internet fame in the late 2012 and early 2013.

The fox died of natural causes and was stuffed by the Welsh artist Adele Morse, who included it in a school project she was doing for her Masters course at the Royal Academy of London. The result is not considered great by traditional taxidermy standards, but Morse advertised it for sale on eBay where it garnered a surprising amount of attention.

By the end of 2012, the fox – nicknamed Stoned Fox because it looks as if it is under the influence of narcotics – became an internet meme, especially in Russia, and was digitally edited into famous paintings, photographs, videos, and more.

CFD trading is a type of trading that allows you to make leveraged investments in the stock market, commodity market or FOREX market.  CFD certificates allow you to make large profits by predicting small market movements.  By trading an  x30 CFD you can make a 30% profit by correctly predicting a 1% fluctuation in the value of a stock.   CFD trading allows you to make a living day trading with only a small amount of money to invest.  A few thousand can be enough to get started.

Please note that CFD trading is high risk. Loses are amplified in the same ways as profits.  Make sure you understand how the trading works before you try CFD trading.